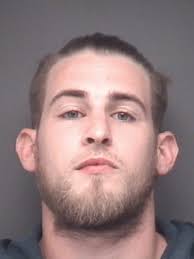 (BOONVILLE) – A Newburgh man was sentenced to 40 years in prison in the neglect death of his girlfriend’s 10-month-old son.

A Warrick County judge sentenced Thaddious Rice on Friday to the maximum sentence for his conviction on a felony neglect of a dependent charge.

But the judge ruled that Rice, 25, could not also be sentenced on a reckless homicide charge that a jury also convicted him of during his March trial.

The judge found that doing so would be considered double jeopardy because both charges stemmed from the death of Jaxson Wheeler, said Warrick County Prosecutor Mike Perry.

The 10-month-old boy died of a severe head injury in April 2017, the Evansville Courier & Press reported.

Rice was the child’s mother’s boyfriend but he was not the baby’s father. Medical evidence presented at the trial indicated that the boy died from abusive head trauma or injuries caused by shaking.

Police said the baby was unconscious, not breathing and had no pulse when Rice brought him to a hospital emergency room with a head injury. The child’s death two days later was ruled a homicide.