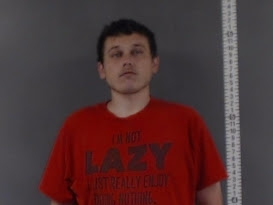 (SALEM) – Indiana State Troopers from the Sellersburg post arrested 31-year-old Michael Jourden, of Salem, this morning on a felony charge of child molestation.

Caseworkers from Child Protective Services conducted a forensic interview of the juvenile victim.  During the interview Jourden was 24-years-old when the incident happened.

Officer Mills then contacted Detective Baker and requested ISP assistance with the case.

After interviewing Michael Jourden, Detective Baker and Officer Mills turned all information over to the Washington County Prosecutor’s Office and requested an arrest warrant.

On Friday, Trooper Jonathan Cain obtained the warrant and arrested Jourden without incident.

Jourden was then incarcerated at the Washington County Jail and is being held on a $80,000 full cash bond.