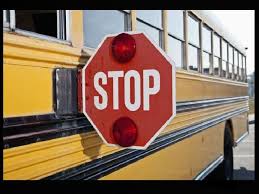 (BEDFORD) – The contract bus routes for North Lawrence Community Schools was tabled last night after questions were raised on the bid process.

A total of 28 contracted school bus routes were reduced to 22 contract routes. Four of the routes are corporation routes.

Scott Smith, a contract bus driver, told board members that the route he bid on was withdrawn.

“If I had known that this was going to happen, I would have placed bids on another route,” said Smith. “Second of all, Dr. Mungle awarded routes paying as much or more in other areas. I do not understand why that route was chosen to be drawn back after the bids were put out and after it was advertised. I am willing to pay to find out.”

“I believe this is a concern you should look at before you move forward with the bid process, and whether it was done in a collective bargaining situation,” Smith concluded.

Smith maintains he was not contacted to adjust his bid or consider another bid.

Smith bid on the Needmore Route #9 and asked them to look at the matter.

“So, I do not see the benefit of pulling that route back. In addition, 33 percent of the routes are paying out more than what I bid,” said Smith when asked from the school board.

The bus drivers at the meeting stated the school corporation should have found that out prior to letting the bids occur.

Dr. Mungle addressed the issue stating that some school bus contractor drivers have decided to drive for the school corporation.

“Some of the bus drivers were willing to do the route for $100 and the corporation owns the bus. This would be savings to the corporation,” said Dr. Mungle. “Just because we advertise routes, it does not mean we must award all those routes. In fact, we can throw out all those bids and start out fresh.”

“You do not put someone else’s livelihood at risk,” added Smith.

The school corporation is looking at purchasing school buses from those who were not awarded routes.

“Also, there is more than $2,000 worth of equipment in those buses and it would behoove us to try and purchase them,” Dr. Mungle said.

North Lawrence School Board President Trent Todd had several questions in regard to the contracts.

The board tabled voting on school bus contracts until the June school board meeting.