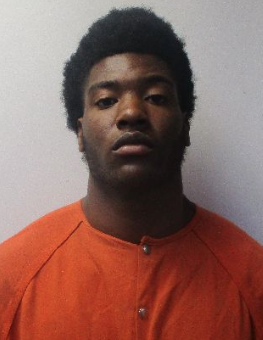 (JEFFERSONVILLE) – A southern Indiana man faces attempted murder and arson charges after he allegedly set fire to his family’s home while several relatives were inside, police said.

Jamal A. Long, 22, was charged Wednesday with four counts of attempted murder and one count of arson in Saturday’s fire, which destroyed his family’s house in the Clark County town of Charlestown.

No injuries were reported to any of the four relatives who were inside the house at the time of the fire, the News and Tribune reported.

According to court records, Long told officers he had argued with a relative and then left the home about one hour before the fire was reported to local authorities.

Charlestown Police Detective Jason Broady said that after the argument, a relative saw Long start a small fire near the home’s front porch. Relatives extinguished that fire, but a short time later, one of them discovered that a basement room was engulfed in flames.

Long later told police he was angry and set the fire with his family inside, using gasoline and a paper towel that he lit, court records show.

A judge entered a preliminary not guilty plea on Long’s behalf during his Wednesday initial hearing. The Charlestown man was being held Thursday on a $100,000 cash-only bond at the county jail in the Ohio River city of Jeffersonville, just north of Louisville, Kentucky.

Online court records don’t list an attorney who could speak on his behalf.