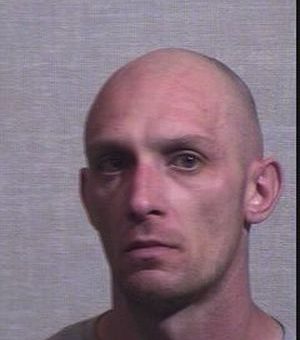 (BROWNSTOWN) – An inmate at the Jackson County Jail has been charged with the murder.

On Thursday afternoon, 34-year-old Alan Marantos was served an arrest warrant on charges of murder, robbery, aggravated battery, abuse of a corpse, obstruction of justice, and intimidation.

A joint investigation by the Jennings County Sheriff’s Office and Indiana State Police began on March 28 when Kirby’s family reported him missing. Kirby was last seen alive at an address on Primshire Court near North Vernon on March 27.

According to a news release, Marantos attacked Kirby at that address and then loaded Kirby’s body in a vehicle and left. He dumped the body at a different location and burned it. Police say Marantos then took the remains and discarded them at multiple locations around Jennings County.

Investigators collected evidence, including human remains which were identified by DNA to be Kirby, at numerous locations during their investigation.

Marantos has been held at the Jackson County Jail since April 2 when he was arrested in Seymour on a charge of robbery resulting in serious bodily injury.

That investigation began when Seymour officers were alerted about an injured man walking near Second Street and Carter Boulevard.

The man told police he met Marantos through a mutual friend, and Marantos had offered to give him and his wife a ride from Country Squire Lakes in North Vernon to Seymour. Sometime during that trip, the man cashed a check for $700 and gave some of the money to Marantos to pay for gas.

Police say during the trip, Marantos asked the man if he wanted to hang out later and the man agreed.

Marantos returned later in the day and picked up the man and took him to an abandoned house in Seymour where Marantos punched the man from behind, took the cash from the man’s pocket. and fled.