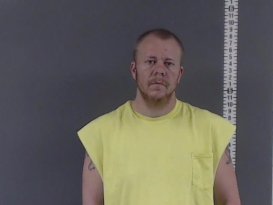 Officers made several attempts to contact Hollen, but he did not come to the door. After officers made entry into the residence, Trooper Taylor located Hollen and Victoria Fauber inside.

Officers secured the house and requests for a search warrant were granted.

As a result of the investigation, both Hollen and Fauber were arrested.