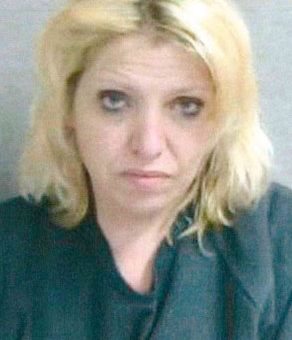 According to a probable cause affidavit, police received information that Creviston had possession of antiques that were recently stolen in a burglary.

Police have returned the items to their rightful owner.

Police also found a plastic container with a small amount of crystal methamphetamine inside, the affidavit said, along with several small plastic bags.

During an interview, Creviston told police she was aware the items had been stolen and admitted she’d used drugs within the last few days.

She was arrested and taken to the Delaware County Jail on preliminary charges of possession of meth, theft, and maintaining a common nuisance.