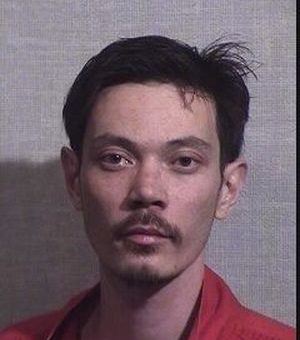 (SEYMOUR) – A Jackson County man accused of murder has died.

According to the Jackson County Sheriff’s Department, 30-year-old Tobias Au, of Hope, was found unconscious and not breathing in his jail cell on Sunday, May 10. He died Sunday at Schneck Medical Center.

Police have not released any other details on Au’s death. State Police are now investigating the circumstances of Au’s death.

Ross, of Seymour, was found shot to death in the entrance of the apartment at the Sycamore Springs apartment building on 2710 Bent Tree Lane at 5:37 a.m. on Thursday, May 7.

According to Jackson County Sheriff Rick Meyer, officers responded to the apartment after Au called 911 reporting he had shot Ross after Ross violated a protective order.

Police then arrested Au for the murder.

Police say Ross had been in a relationship with Dakota Anderson who lived at the apartment. Ross and Anderson had a child together but Anderson was now dating Au.

Police say neither Ross nor Au lived at the apartment with Anderson.

When Ross stepped inside the apartment, Au shot him several times.

Police say Anderson’s child and a second child were present during the shooting.

Au then called 911 to report the incident.

No charges have been filed against Anderson, but officials say that could change as they continue to investigate the incident.

Police note that there was no known animosity between Au and Ross at the time of the shooting.