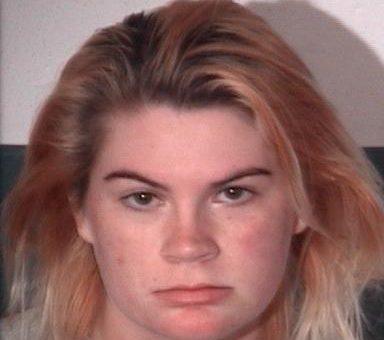 (UNDATED) – A Mitchell woman was arrested Saturday night on a warrant served by Mitchell Police officers.

According to a probable cause affidavit, on April 28, a Bedford Police officer was on routine patrol when he noticed a driver in a silver Lincoln not use their turn signal while making a turn.

The officer ran the license plate and discovered the driver Jameelia Grimes had a suspended driver’s license.

The officer stopped the vehicle at 28th Street and Mitchell Road.

The officer reported Grimes seemed nervous and was visibly shaking. She told the officer she has an appointment with Lawrence County Prosecutor Sam Arp about her suspended driving status.

When the officer told Grimes he was going to contact Prosector Arp, Grimes changed her story and said she didn’t have an appointment but was told to go to the prosecutor’s office for help with her license.

The officer then told Grimes he was going to tow the vehicle and would be conducting an inventory on the vehicle.

Grimes then told the officer a friend had left “some stuff” in the vehicle.

She told the officer they would find meth in the center console of the vehicle.

Police seized 1.09 grams of meth during their investigation.