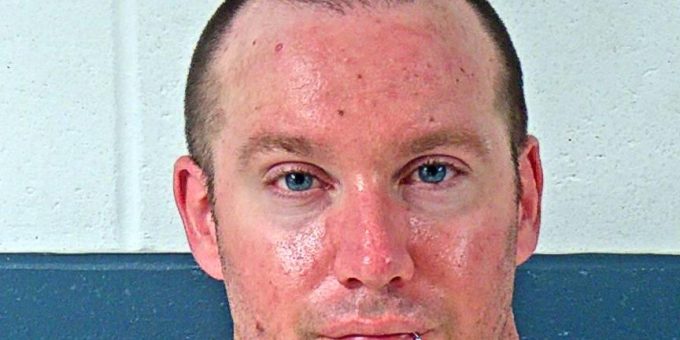 (BEDFORD) – A Bedford man was arrested Saturday after Bedford Police officers were requested to a home in the 3100 block of 29th Street after a report of a fight.

“When officers arrived they located a woman standing in the front yard visibly upset,” said Chief Terry Moore. “The woman told police her boyfriend was upset with her about a Facebook comment.”

The woman told police 37-year-old Duane Sharpe had shoved her and threw objects at her which caused injuries to her left hand and left knee.

“She requested to file charges and said that Sharpe was still inside the residence,” Chief Terry added. “Officers entered the residence and located Sharpe sitting on the couch.  Sharpe appeared to be out of breath and had blood on his clothes.  Officers also noticed furniture flipped over and pictures laying on the floor.”

Sharpe was arrested on a charge of domestic battery in the presence of a child under the age of 16 and transported to jail.