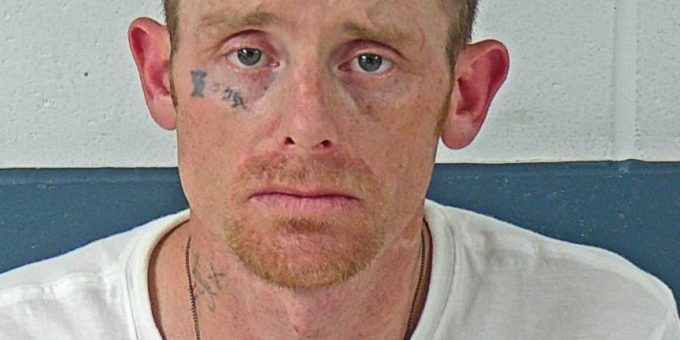 (BEDFORD) – A Bedford man was arrested Friday afternoon after a Bedford Police officer observed him driving in the area of 6th Street and Lincoln Avenue and knew the driver was wanted on an active warrant.

The officer stopped the vehicle and arrested 36-year-old Joshua Carey, of 23 Fleetwood Addition, on the warrant.

Officers then conducted an inventory of the vehicle.

Carey was arrested on charges of possession of marijuana and driving without ever being licensed.

The warrant stemmed from an incident on April 23, 2020 at 4:37 a.m. That day Bedford Police officers were called to the 100 block of Heltonville Road for an accident with injuries.

While speaking with Carey, officers noticed he showed usual signs of intoxication but also had visible injuries to his head.

Carey was transported to IU Bloomington for treatment and consented to a blood draw.

“While investigating the accident officers found that Carey took the vehicle from a friend without permission and they requested to file charges for theft,” Chief Terry added. “Officers also learned that a small child was inside the vehicle when the accident occurred.”

A warrant was issued for Carey’s arrest on charges of auto theft, neglect of a dependent, identity deception, operating a vehicle while intoxicated, and invasion of privacy.