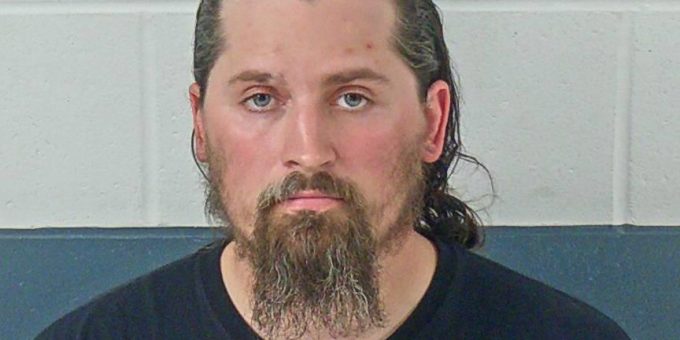 (UNDATED) – A Springville man was arrested Thursday afternoon after a report of a domestic fight on State Road 37 at the Avoca exit.

According to Lawrence County Sheriff’s Department Chief Deputy Aaron Shoults, dispatch received a 911 call from a female reporting her husband would not let her out of the vehicle they were traveling in on State Road 37.

Deputies Shawn Apps and Harrison Fleetwood located the vehicle in the area of John Williams Boulevard and stopped it.

“While investigating the incident, they learned 33-year-old Aaron Jones, of Springville, and the female were in a verbal argument that escalated to Jones spitting on the woman,” says Chief Deputy Shoults. “He then took her cell phone so she could not call for help. The victim was able to get her phone after a struggle and that is when Jones hit the victim on the back with an open hand repeatedly.”

Officers found raised red marks on the woman’s back.

Police arrested Jones, of 166 Brick St., on charges of domestic battery and interfering with reporting a crime.