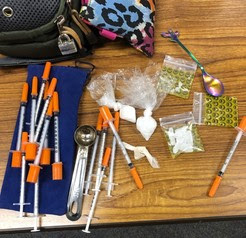 The current administration seems to be taking a hardline approach to drug use. In addition to the issue of drugs crossing the border from Mexico, President Donald Trump has been focused especially on the opioid epidemic, even declaring it a national crisis. Unfortunately, any progress made on that front is threatened by the coronavirus pandemic, as social distancing ends up creating more potential for relapses and overdoses.

Given the uncertain future and lack of significant progress to date, it’s fair to wonder where drug abuse is most pronounced and which areas are most at risk.

With the stress of social distancing leading to drug use relapses or overdoses SAMHSA’s National Prevention Week in full swing, the personal-finance website WalletHub released its report on the States with the Biggest Drug Problems in 2020.

This report attempts to answer those questions by comparing the 50 states and the District of Columbia across 22 key metrics, ranging from arrest and overdose rates to opioid prescriptions and employee drug testing laws. Continue reading for the complete findings, commentary from a panel of researchers, and a full description of the methodology used.

You can find some highlights below.

Highest Drug Use by State