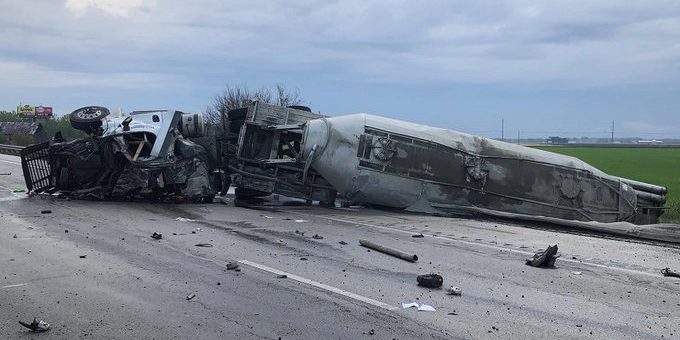 (EDINBURGH) – The Bartholomew County Sheriff’s Department worked a fatal accident this morning involving a semi on northbound Interstate 65 near the Edinburgh exit.

The accident was reported around 10 a.m.

The accident involved a collision between semi with a tanker hauling what is believed to be powdered concrete, and a passenger vehicle at the 76-mile -marker. Two people were injured and one person is listed as a fatality.

Police shut down I-65 for several hours while officers investigated the accident.