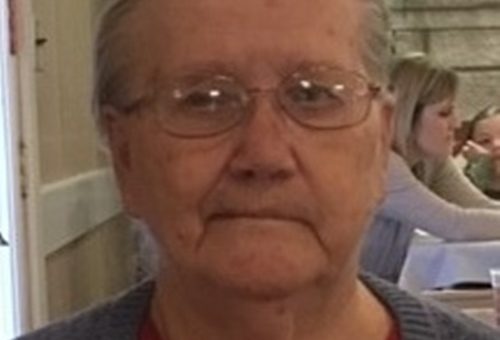 Born February 3, 1936, in Springville, she was the daughter of Evett and Julia (Meadows) Parker. She married Gerald (Tom) Skinner in 1954 and he preceded her in death on March 9, 2013. She had worked at RCA and was a
homemaker. She was a graduate of the Oolitic High School and attended the New Life Holiness Tabernacle.

Survivors include a daughter, Sherri Hillenburg, and husband, Dennis, of Bloomington; two grandsons, Brandon Millick, and wife, Starr, of Indianapolis and Erik Millick and wife, Heather, of Ellettsville; a granddaughter, Aimee Cross and husband Nathan of Bloomington; several great-grandchildren; a brother, Bernard Parker, of Springville; two sisters, Wilma Swango and Brenda Flynn, both of Springville.

She was preceded in death by her parents, a son, Gerald “Buddy” Skinner and a brother, Ervin Parker, a sister, Shirley Waggoner.

Private services will be conducted with Bro. Mark Brock officiating. Burial will follow in Hilltop Cemetery.