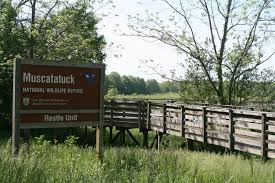 (SEYMOUR) – Muscatatuck National Wildlife Refuge near Seymour is seeking the public’s input on its plan to open up thousands of acres to hunters.

Officials are accepting the public’s comment on the proposed changes to its hunting program until June 8.

Those plans call for the sprawling wildlife refuge that’s located near the southern Indiana city of Seymour to open up 4,455 acres to upland game hunting for raccoon, fox, coyote, opossum, and skunk.

The wildlife refuge was established in 1966 as a refuge to provide resting and feeding areas for waterfowl during their annual migrations. It includes 7,724 acres near Seymour and a 78-acre parcel known as the Restle Unit that’s located near Bloomington.