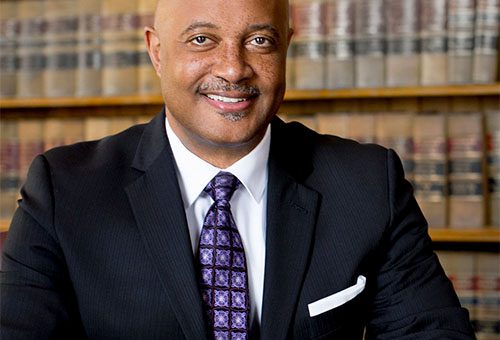 (INDIANAPOLIS) — Indiana’s governor asked the state Supreme Court on Tuesday to tell him whether state Attorney General Curtis Hill will lose that office with his law license suspension following accusations of Hill supposedly groping a state legislator and three other women.

Republican Gov. Eric Holcomb’s office asked the court for the ruling a day after it released a decision suspending Hill’s law license for 30 days effective May 18.

State law requires the attorney general to be “duly licensed to practice law in Indiana,” but it doesn’t specify whether the person can continue serving under a temporary suspension.

Hill announced Monday the appointment of his chief deputy to oversee the attorney general’s office until his suspension ends June 17. But the governor’s motion argues that state law doesn’t allow anyone other than the governor to fill a vacancy in the office of state government’s top lawyer.

“Nowhere in the Indiana Code has the Attorney General been given authority to name a deputy to assume his statutory duties and powers,” the motion said.

Hill, a Republican, has rebuffed calls from Holcomb and other state GOP leaders for his resignation and he’s seeking reelection this year.

Neither Hill’s office nor his attorney in the disciplinary case immediately returned messages seeking comment.