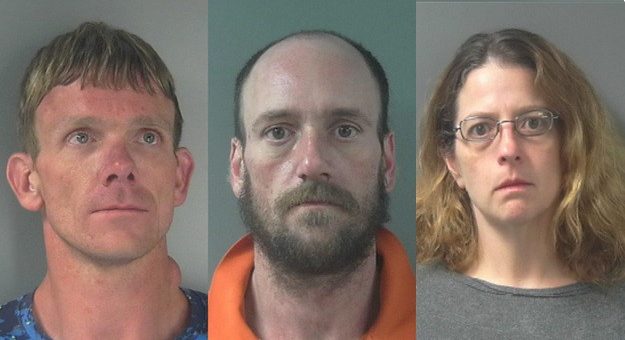 (BLOOMINGTON) – Police arrested three people in connection with the April burglary at the American Arms gun store in Bloomington.

Police began their investigation at the American Arms gun store in the 4500 block of West State Road 45 on April 13.

Surveillance video from inside the store showed Koreta and Deckard using a cutting torch to gain entry to the shop through the rear door at approximately 1:40 a.m. The video then shows them running through the store, grabbing several firearms, and then fleeing with the stolen weapons.

As police continued their investigation, several people came forward to police with information about the burglary and those involved.

Police later learned that Miller, Kortea’s girlfriend, drove the two men to and from the store on the night of the burglary.

Investigators found one of the stolen firearms hidden at a residence on Leonard Springs Road.

Detectives and Federal Agents from the Bureau of Alcohol, Tobacco, and Firearms (ATF) arrested Kortea, Miller, and Deckard on Friday.

Deckard is facing charges of burglary and carrying a handgun without a license.

Kortea is facing charges of burglary, possession of a firearm by a domestic batterer, carrying a handgun without a license, and prohibited sale or transfer of a firearm.