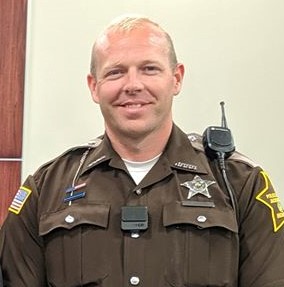 (SEYMOUR) – A Seymour woman jumped to safety after her home caught on fire Wednesday morning in the 8190 block of North County Road 925 East.

Kayla Dishman was not injured during the incident.

According to a Jackson County Sheriff’s Department news release, Officer Aaron Wilkins responded to a call from a woman who told dispatchers her home was on fire and she was stuck inside.

When Officer Wilkins arrived, he found Dishman had made her way out a second-floor window and was on the roof. Flames were shooting out the first floor below her.

Dishman told Officer Wilkins her dog was still trapped inside the burning house.

Officer Wilkins forced his way into the back door of the home which allowed the dog to exit to safety.

Redding Township Lt. Steve Mowdy says it took firefighters around 15 minutes to get the fire under control.

The cause of the fire remains under investigation with the assistance of the state fire marshal’s office.