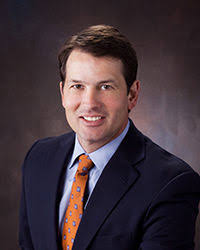 A former state representative, two-term mayor of Evansville and Ivy Tech chancellor, Weinzapfel has earned endorsements from a wide array of elected officials, labor unions, and district and county party organizations. He’s also raised nearly $800,000, far outpacing the totals of all other candidates combined and has more cash on hand than the entire field.

“From protecting Hoosiers’ health care, to fighting fraud, to ensuring our criminal justice system works for our citizens and makes our communities safer, I will be an Attorney General that fights for Hoosier families,” said Weinzapfel. “I’m excited about earning the delegates’ support at this convention and beginning the work of restoring honor, integrity, and purpose to the Office of Attorney General.”

Weinzapfel will be nominated at the Indiana Democratic Party’s virtual convention on June 13, 2020, by 2nd Congressional District Chair Michelle Livinghouse and his nomination will be seconded by Vanderburgh Democratic Party Chair Edie Hardcastle.

Convention delegates will be able to participate in the convention online and will vote by mail.

Jonathan Weinzapfel was elected mayor of Evansville in 2003 and re-elected in 2007. After his two terms as mayor, Weinzapfel served as chancellor of the Ivy Tech Evansville campus from 2014-2019. He also served in the Indiana General Assembly as a state representative from 1999-2003. He currently works as a partner at the law firm of Jones Wallace in Evansville. Jonathan and his wife Patricia reside in Evansville and have three children.

For more information on Jonathan Weinzapfel or his campaign for Indiana Attorney General, please visit www.WeinzapfelforAG.com.