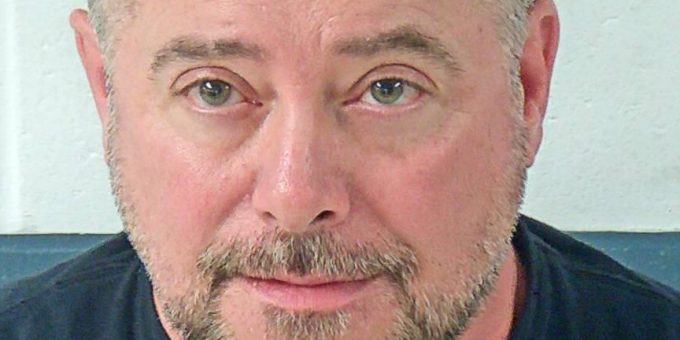 (MITCHELL) – A Mitchell man was arrested Thursday after a warrant was issued for his arrest on charges stalking and invasion of privacy.

According to a probable cause affidavit, on April 27 at 4:22 p.m. the Lawrence County Sheriff’s Department received a call from a resident in the 1920 block of Hollace Chastain Road regarding a male that was violating a protective order. The male caller reported that while he was walking on the roadway, McCameron approached him screaming foul language and threatening him. The caller requested to speak with an officer. Due to the COVID-19 stay-at-home order, the officer talked to the victim on the telephone. Police spoke to the man’s wife who told police she was walking with her husband when McCameron again violated the protective order.

While they were standing in the driveway, McCameron was inside his vehicle on the adjacent roadway. The woman told police McCameron sat in his vehicle in front of their home and just stared at them. The caller’s husband told her to unzip a pouch that he wears that contains a firearm because her husband was in fear of McCameron. The male told police he was fearful during this situation and felt he was put in a position to consider personal protection. McCameron then drove away after revving his vehicle’s engine several times. McCameron then pulled into his driveway and began cursing at the victims.

The male victim told police the day before this incident he was walking down the street when McCameron followed behind him in his vehicle.

The male victim told police that the incidents of harassment began after the man and McCameron had a disagreement about McCameron’s dog running loose and being on the victim’s property. After that, the victim filed for a protective order.

After investigating the on-going incidents a warrant was requested for McCameron’s arrest.