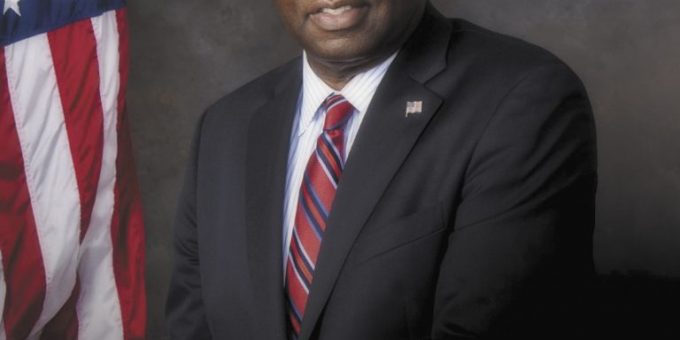 (INDIANAPOLIS) – Lake County Prosecutor Bernard Carter has been named a Distinguished Barrister by the Indiana Lawyer as part of the publication’s Leadership in Law program.

Carter, who has been the prosecutor in Lake County since 1993, is one of 15 lawyers to receive the Distinguished Barrister award this year. The category recognizes lawyers in Indiana who have practiced more than 20 years and serve as outstanding role models and leaders to other Hoosier lawyers. He was nominated by Tippecanoe County Prosecutor Patrick Harrington, who is currently serving as President of the Association of Indiana Prosecuting Attorneys, Inc.

Carter has been a key figure not just to Lake County but to the Indiana Prosecuting Attorneys Council as well. He is an important member of IPAC’s Board of Directors and is a regular speaker and instructor at IPAC’s conferences. Because of the large size of his office, Carter has played a key role in shaping the careers of countless young lawyers and prosecutors in a career that dates back to 1984.

“We are thrilled to see Prosecutor Carter recognized for this prestigious award,” said Chris Naylor, IPAC’s Executive Director.  “Bernie Carter has been a tireless and selfless leader in Lake County and across the statewide prosecutor community.  Many have benefited from Bernie’s tremendous contributions, and I can’t think of a more deserving recipient.”

Carter began his legal career in 1984 when he joined the Lake County Prosecutors office. In 1990, he was elected as judge and then appointed to serve as prosecutor in 1993 by Gov. Evan Bayh. He became the first African American to be elected prosecutor in Indiana in 1994 and has successfully run for re-election every four years since. He was awarded IPAC’s Stephen Johnson Award in 2018 for outstanding service as a prosecutor. He also serves on various boards in Lake County and northwest Indiana, including Edgewater Health, the Indiana Parenting Institute and ReStore Habitat for Humanity.