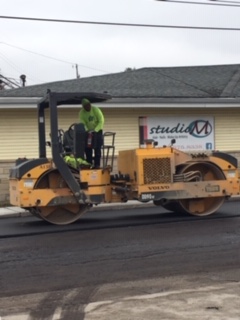 (BEDFORD) – In a special meeting of the Board of Works, bids were received for some paving projects on the northside of Bedford.

“I would like these projects to get underway as the residents on the northside have been dealing with the projects for several months now,” Mayor Sam Craig stated during the meeting.

The first set of bids were for the following projects:

This project will be funded by the Community Crossings Grant which was awarded to the city in the amount of $218,476.27.

For the second paving project, the Utilities and Street Department will share the cost of the following:

The bids were taken under advisement.

The Board of Works received bids to bore approximately 3,150 ft of 6-inch Yellomine with tracer wire for the new force main. This will begin at the maintenance hole at 25th and H streets and run to the 22nd and M Street lift station. The city utility department will provide the needed equipment for the project.

With the recommendation from Utilities Director Misty Adams, the Board of Works went with the lowest bid from ISI Inc.