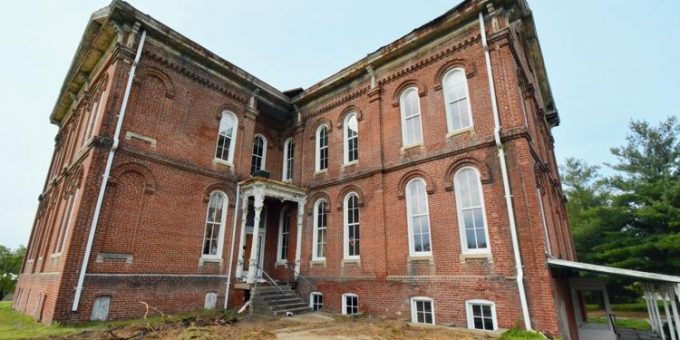 (VINCENNES) — A southwestern Indiana couple is aiming to turn a grand but deteriorating Victorian building that once served as a county poor farm into a hospice house.

The Knox County Commissioners agreed to transfer responsibility for the 140-year-old brick building to Andy Barmes and Angie Barmes, a contractor and local nurse.

Andy Barmes told the commissioners last month that he plans to restore the home and its historic character, including nearly 13-foot ceilings, tall, ornate windows, and magnificent fireplaces.

Barmes said his first task will be to replace the building’s roof to prevent further water damage from the elements.

Commissioner Tim Ellerman called the transfer to the couple “a gift to the taxpayers” of Knox County.

“We haven’t put any money in it for a very long time,” he said. “I think they are doing us a monumental favor by taking it over.”

The building and the property served as Knox County’s poor farm for impoverished residents until the 1920s. It served various purposes over the subsequent decades but was eventually abandoned.