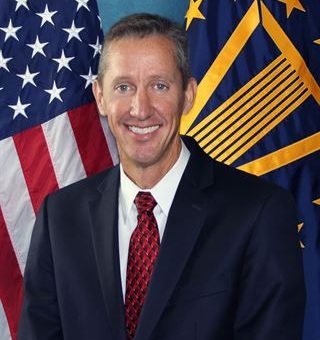 As the technical director of Crane, Dr. Seidlewill provide technical leadership and supervision of 3,700 employees.

A 1988 graduate of General Motors Institute Dr. Seidle began his career in the private sector working as an electrical engineer for General Motors.  After being employed as a Maintenance Supervisor, General Supervisor of Manufacturing, and Facility Engineering Manager, he was awarded a GM Fellowship to attend Stanford University, where he obtained his Master of Science in Electrical Engineering. Upon his return to GM in 1992, he became Die-Cast Manager of the GM Powertrain Bedford Facility

In 1995, Dr. Seidle accepted a position with a joint venture between Alcoa and Cast Metals Industries, becoming the Plant Manager of the CMI-Precision Mold casting facility in northern Indiana. In this role, he has full profit and loss responsibility for a facility with 700 plus employees and $100 million sales and managed the facility through the launch of the industry’s fire all-aluminum cross member subframe for Chrysler’s minivan.

After the successful launch of this subframe, he subsequently became the Plant manager for Alcoa’s Kentucky Casting Center and was responsible for the construction and design of the facility and its organization from an initial brownfield site to full operational status.

Dr. Seidle began his career in the public sector with NSWC Crane in 2002, working intimately with the Strategic Systems Program’s Failure and Material Analysis Laboratory. He continued to take ever-increasing roles of responsibility at NSWC Crane and became Deputy Director of the Mission Support Services Department in 2004.  It was in this role in 2007 that he was awarded a fellowship from NSWC Crane to pursue his PhD in Public Policy at Indiana University, which he completed in 2010.

Upon his return, Dr. Seidle assumed the role of Deputy Director in the Applied Science Science Department, before being selected in 2012 as the Department Director for Mission Support Services Department, with responsibility for providing business planning, financial services, IT services, facility planning, human resources services, and other support to the NSWC Crane Command.

In 2013, Dr. Seidle was selected as NSWC Crane Division’s Deputy Technical Director, providing technical leadership and supervision for the entire organization regarding strategy and technical relevance.

Dr. Seidle has also served as president of Crane’s Local Chapter of the Federal Manager’s Association and has been an active member of the American Society of Naval Engineers and the American Foundryman’s Society.

Rear Adm. Kevin Byrne, the commander of the NAVSEA Warfare Centers, and McCormack said Seidle brings exceptional technical and managerial experience to the position and will be a great addition to the NAVSEA team.

“For me, I cannot think of a better leader to be my replacement,” McCormack said.

In a farewell email to employees at NSWC Crane, Seidle wrote, “I’m not sure the correct word for what I’m feeling about leaving the Crane family, even though I know it’s in extremely good hands with the current leadership team. Through all of my travels, these past four years in this job have been the most enjoyable part of the journey, and I know that’s a result of the connection and relationship that I feel with all of you, in ways big and small. I believe that’s what I will miss most.

“I’m not going to say goodbye, because I’m not really leaving. I’m simply now your executive director instead of your technical director and look forward to continuing to work closely with all of you in the future. I also want to thank you for all the great work you’ve accomplished and are still accomplishing today; the NSWC Crane family is an incredible organization and the finest one I’ve been involved within my career.”