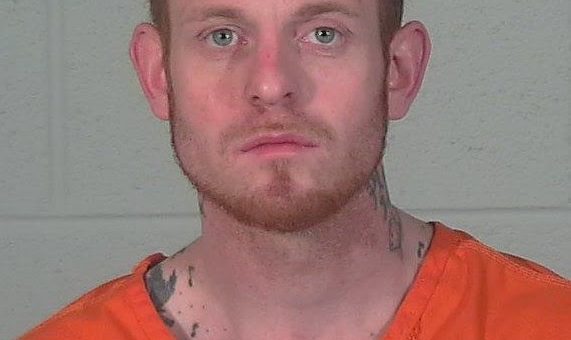 (FREMONT) – On Thursday at approximately 10:15 p.m. the Steuben County Sheriff’s dispatch center put out a call to investigate a reported fight at the Traveler’s Inn on State Road 120 in Fremont.

Upon their arrival at the Travelers Inn, Trooper Burkey located a battered adult male.

Police say 25-year-old Auburn resident Ryan Huffman, was outside one of the hotel rooms. Huffman told Trooper Burkey that he had been held against his will, tied up in a chair, and beaten while in one of the hotel rooms. Huffman provided further detailed information to Trooper Burkey which proved critical in quickly assessing the situation and then locating the adult male suspect.

Trooper Burkey and the deputies went to the hotel room in question. There they located 30-year-old Fremont resident Joshua Burkey Baughman (as identified later in the investigation).

Baughman was initially very uncooperative with officers, refusing to identify himself, nor talk to officers about the allegations made.

Officers quickly secured Baughman and then applied for a search warrant for evidence in the hotel room. During the course of executing that search warrant, officers discovered evidence of a crime scene confirming the victim’s statement.

Baughman was transported to the Steuben County jail. He continued to refuse to identify himself to officers but eventually identified himself to the jail staff. It was then discovered that there was an extradition felony warrant for Baughman for a parole violation.

Baughman was booked into custody on multiple felony and misdemeanor charges related to the criminal incident at the Travelers Inn. He will remain in custody pending an initial hearing on the matter, and then be transferred to Marion County to answer for a parole violation.