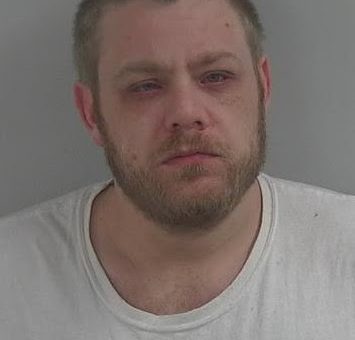 (WATERLOO) – Indiana State Police made an arrest in an early Friday morning shooting in Waterloo.

Shortly after 1 a.m. officers from the Waterloo Police Department responded to a reported shooting incident, where an adult male gunshot victim had been self-transported to the Parkview-DeKalb Hospital.

According to ISP detectives, the shooting took place in the trailer park at 670 East Union Street in Waterloo.

The gunshot victim has since been transported from Parkview-DeKalb Hospital, down to the Parkview Regional Medical Center (PRMC) in Fort Wayne. Injuries sustained during the incident were reported to be non-life threatening, and the victim was listed in stable condition. At this time the identity of the victim is not being released.

Detectives were able to identify Ecklid as the shooter and at 5 a.m. Friday, ISP detectives were preparing to serve a search warrant at his 607 East Union Street residence, he voluntarily came out and turned himself over to law enforcement without incident.