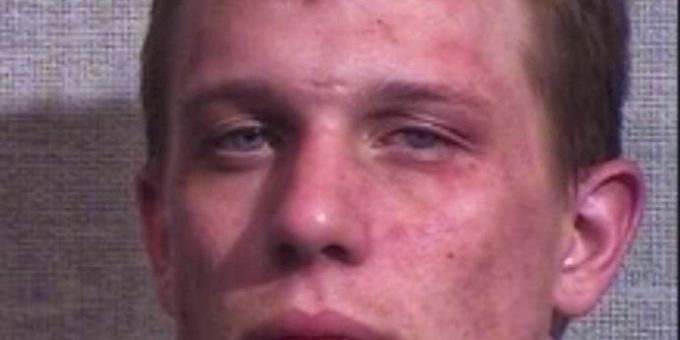 (SEYMOUR) – Seymour Police arrested a man this morning after they were called to the 300 block of Parkland Avenue at 2 a.m. after a report of a suspicious vehicle driving through the area repeatedly.

Officer Ben Miller responded to the area and identified the vehicle being driving by Gavin Dutton.

Dutton did not have a valid driver’s license. Officer Miller then attempted to stop the vehicle.

Dutton refused to stop and made an immediate left turn and began accelerating rapidly on Birch Street.

Dutton continued to flee disregarding the safety of himself and others on the roadway and committed numerous driving infractions.

The pursuit continued for approximately 26 miles and lasted 28 minutes while never leaving the confines of the Seymour city limits.

Throughout the pursuit, Dutton drove in a reckless manner, exceeding 70 miles per hour within city limits, disregarding stop signs, driving off-road through yards, and driving the wrong way against traffic.

Police say Dutton was observed throwing an object from the window during the pursuit.

Due to the reckless nature of his driving, Dutton deflated a tire crossing over a concrete curb. Officer McMindes then deployed stop sticks in the area of East Brown Street and deflated the three remaining tires on the vehicle.

Dutton then struck a road sign at the intersection of Brown Street and O’Brien Street further disabling the vehicle.

The vehicle came to a stop in the front yard of 649 South O’Brien Street. Dutton refused to comply with verbal commands and was removed from the vehicle by officers. He was taken into custody without further incident.

Dutton was arrested on charges of possession of meth and marijuana, possession of drug paraphernalia, resisting law enforcement with a vehicle, reckless driving, criminal mischief, criminal recklessness and operating a vehicle while never licensed.