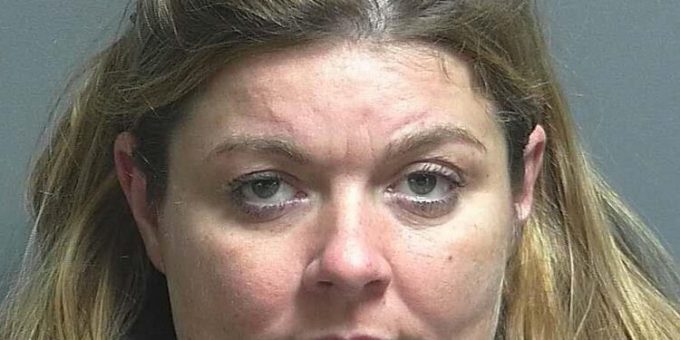 (LINTON) – A Linton woman was arrested on Thursday, April 16th on drug charges after police served a search warrant at her apartment.

On the night of her arrest, deputies from the Greene County Sheriff’s Department went to the apartment building around 6 p.m. to do a welfare check on one of Wilkes’ neighbors but discovered that they were not home.

Officers made contact with Wilkes when she came out of her apartment to tell police her neighbor was not home.

According to police, Wilkes showed signs of being impaired and deputies could smell the odor of marijuana coming from Wilkes apartment.

Deputies asked Wilkes about the odor and she told them she just had a few marijuana roaches.

Officers asked permission to search her apartment when a man who lives with Wilkes arrived on the scene. He refused to let deputies enter the apartment and told Wilkes to give police what marijuana she had.

Deputies were granted a search warrant and when they searched the apartment they found a long list of illegal items including marijuana, meth, and drug paraphernalia.

Wilkes told deputies the drugs belonged to her and she was arrested.

During her initial hearing she pleaded not guilty, was appointed a public defender, and her bond was set at $25,000 surety with ten percent cash allowed. She has not posted bond and remains in the Greene County Jail.