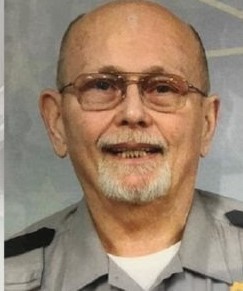 Gary Weinke, 67, died Saturday, according to a news release from the Indiana Department of Correction.

Weinke began his career at Wabash Valley Correctional Facility in 2007 as a store clerk in the Commissary Department and later transferred to custody, eventually moving to the Special Confinement Unit, IDOC said.

His wife, Naomi Weinke, is also a correctional officer at WVCF.

March 29 was Gary Weinke’s last day working at WVCF. Officials at the prison later learned he had symptoms of the virus, and he tested positive.

Acting Warden Frank Littlejohn said in a statement, “Our condolences go out to his wife Naomi, his family, and his friends.  He was a one-of-a-kind officer who touched the lives of many of those that he worked closest with.  He will be truly missed.”