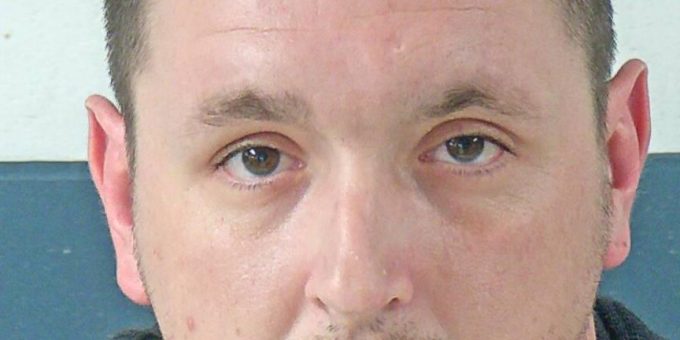 (BEDFORD) – A Mitchell man was arrested on charges of dealing meth and possession of meth on Friday night after Bedford Police officers seized more than 141 grams of the drug.

A Bedford police officer arrested 29-year-old Nicholas Street on charges of dealing meth, possession of meth, theft, and unlawful possession of a syringe.

On Friday around 3:32 p.m. Bedford Police Department officers were called to Walmart after a report of a theft.

When police arrived an asset protection associate told police she had caught a male stealing and he was escorted to the office.

The associate said they had followed Street because they had been building a case on him after suspecting he was stealing items. She followed Street through the store as he handled a steam cleaner and a window air conditioner.

The asset protection employee then witnessed Street place a sticker for a lower-priced item on the box of the air conditioner and steam cleaner.

Street then went and selected additional items and proceeded to the self-checkout register and rang up all the items except the air conditioner and the steam cleaner.

The switched barcodes were later rung up and police learned they were for lock lid jars at  $1.92 and $7.82.

Street denied that he took anything and that he just scanned the barcodes. He refused to sign a no-trespass order and told police he didn’t want to listen to them and started making phone calls.

Street was arrested and placed in the rear of a police car.

A Bedford officer then searched Nicholas and found $1,108 in cash in his pocket.

Officers also did an inventory on Street’s vehicle and found a loaded syringe with meth in the driver’s side door compartment. A clear plastic vacuumed sealed bag containing five individually packaged bags of meth were found in the center console. Another plastic bag with meth was found in the glove box.

Police also found a blue zipper bag that contained $1160 in 20 dollar bills in the glove box. Inside the blue bag was a green container that contained more meth.

The methamphetamine was weighed and yielded a total weight of 141.36 grams.

Street told police the meth was not his, but he was holding it for a friend, but he refused to tell police his friend’s name.

Street was then transported to jail.