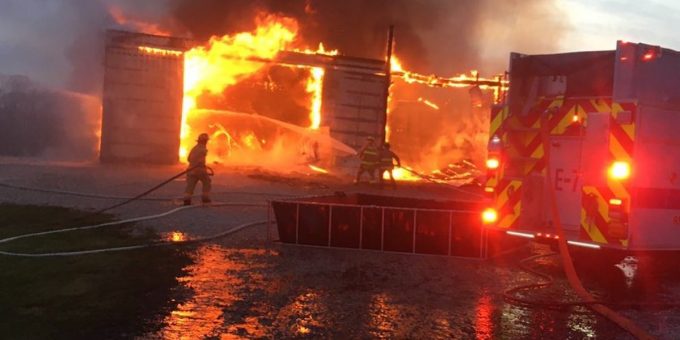 (STINESVILLE) – A barn was consumed by fire Friday night in Northern Monroe County.

The alarm came in at 8:06 p.m. Friday night reporting a barn fire at 8065 North Woodall Road. When firefighters arrived they found the barn fully engulfed in flames.

Bystanders were trying to retrieve items out of the barn before Monroe County Sheriff’s Department had to ask them to stop to prevent any injuries.

A concern for firefighters were two 5,000-gallon diesel fuel tanks that were close to the barn. Firefighters took steps to keep those tanks protected.

There were no injuries reported while battling the blaze.