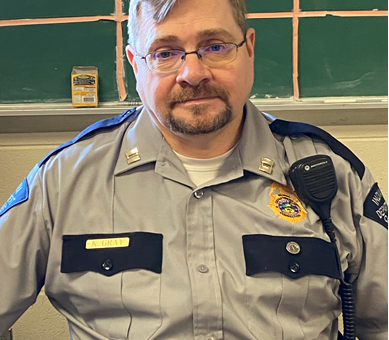 Kenneth Gray began his career in the Indiana Department of Corrections at Plainfield Correctional Facility (IYC) and transferred to IWP September of 2016. He has an Associate’s degree in Aviation Mechanics. He is a veteran of the National Guard, in which he served six (6) years active duty, was present at the fall of the Berlin Wall, and served in the first Gulf War.

Kenneth Gray has served the Department of Corrections for 25 years working as a Correctional Officer, Correctional Sergeant, a Correctional Lieutenant, and continues to serve as a newly promoted Correctional Captain. Captain Gray commented on his daily motivation, “I feel like I am helping to accomplish goals to assist both staff and Offenders, and my direct input matters.”