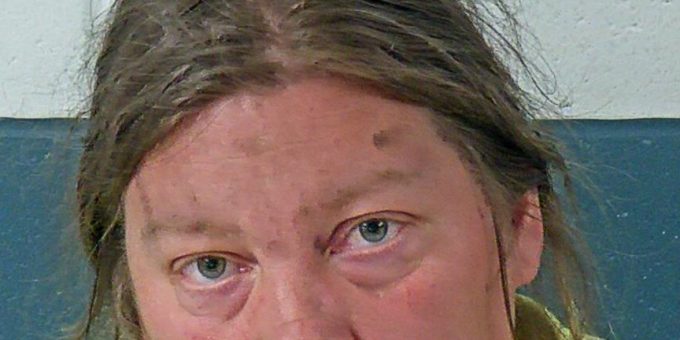 (BEDFORD) – A Bedford woman is facing charges of domestic battery after Bedford Police were called to a home on Saturday, April 11th about a domestic fight.

Police arrested 38-year-old Mary Jane Edmonson after a warrant was issued for her arrest on charges of domestic battery in the presence of a minor, criminal recklessness and domestic battery with a deadly weapon.

According to a probable cause affidavit, on Saturday, April 11th at approximately 3:20 p.m. Bedford Police officers were called to the Free Methodist Church park on 5th Street and Bell Back Road after a report of a battery.

When police arrived they spoke to three women who told police that Edmondson had struck a woman with a vehicle and then left the area.

The women were planning to have a small Easter egg hunt for their three children at the Avoca Fish Hatchery, but Edmonson found out about it so they moved the event to the church. Edmonson found about the new location and was seen driving east on Fifth Street and yelled at the three women. She then turned her vehicle around and pulled into the lot. Edmonson’s husband and their three children were in the vehicle.

One of the women and Edmonson got into an argument that escalated which resulted with Edmonson shoving the woman to the ground and scattering a bag of Easter eggs on the ground.

At the conclusion of the confrontation, Edmonson returned to her Ford pickup and attempted to leave when another woman arrived on the scene with her boyfriend. She attempted to speak to Edmonson about the incident that had just taken place. The woman was standing in the grass on the southside of the pathway.

Witnesses say Edmonson pulled her truck into the grass and stopped in front of the woman. She then accelerated the truck and the vehicle hit the woman.

Edmonson continued to drive through the grass and then back onto the gravel pathway before exiting the area.

The woman hit by the truck was transported by ambulance to IU Health Hospital for treatment.

The woman that was shoved and injured her shoulder was not transported.

Officers spoke with an IU Health staff member who advised that the woman who was hit by the truck suffered no lasting injuries to her abdominal area and that she was “being dramatic.”

Edmonson then called the police from the Arby’s parking lot. She told police she was trying to make contact with one of the women to find out where the Easter sthg hunt was. She was told the event had been moved to the church park. She went to the park so her three children could also participate. She admitted there was a verbal argument and that she was carrying a bag of Easter eggs and she threw that bag to the ground but she said that she did not physically hit the woman.

She also told police that the other woman intentionally jumped onto the hood of her pickup when she was backing up to leave the park. Both Edmonson and her husband said the truck was only traveling around five to seven miles per hour.

Edmonson said she felt threatened by the other parties and was afraid they were going to assault her. Edmonson’s husband told the same story as the other women about the Easter eggs, but did say the woman had jumped on their vehicle as they were leaving the park.

A warrant was issued for Edmonson’s arrest. She was taken into custody without incident on Tuesday night.