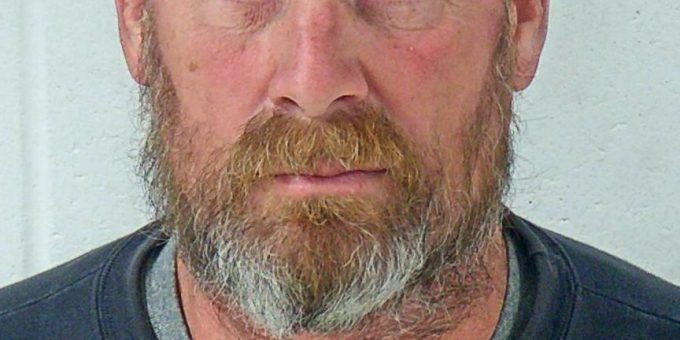 (BEDFORD) – A Bedford man was arrested Thursday on a warrant charging him with domestic battery and interfering with reporting a crime.

According to a probable cause affidavit, on March 20th, Bedford Police officers were called to the 1610 block of 6 ½ Street after a report of a possible domestic fight with injuries.

Police spoke to a woman who told police she and her boyfriend were sitting on the couch in the living room when they got into an argument after she accused him of cheating. The woman said she went to get up and grab her phone to call police when 56-year-old David Holt took her phone and would not allow her to call.

She then took Holt’s keys from him until he would return her phone. He then put the phone under the coffee table.

The woman says the argument continued into the kitchen where he allegedly grabbed her right arm and shoved her. She told police she pushed Holt back and he then shoved her against the refrigerator and poked her in the chest. He then picked up his work boots and threw them at her, striking her in the mouth and causing swelling and pain to her mouth and lips.

She told police Holt then felt bad that he injured her and requested she go to the hospital for treatment, but wanted her to make up a story on how she got injured. She also suffered visible bruising to her arms.

She told him she wouldn’t lie and Holt left the home.

The woman didn’t report the incident that night because she didn’t know if she wanted to file charges because the two had been in a relationship for four years. Two days later she contacted police to file charges.

Police were finally able to contact Holt on March 25th and take his statement. He told police the two did get into an argument and that he wanted to leave but the woman wouldn’t let him. He told police he went to put on his work boots to leave and that the woman came after him. He said he lifted his hands up while holding his boots and during the shoving match he had hit the woman in the face with the boot.

He also told police that the woman had been texting him and he had received new messages on the day of his interview. Police took photos of those messages. Police say Holt had received a total of 41 text messages from the woman on March 25th.