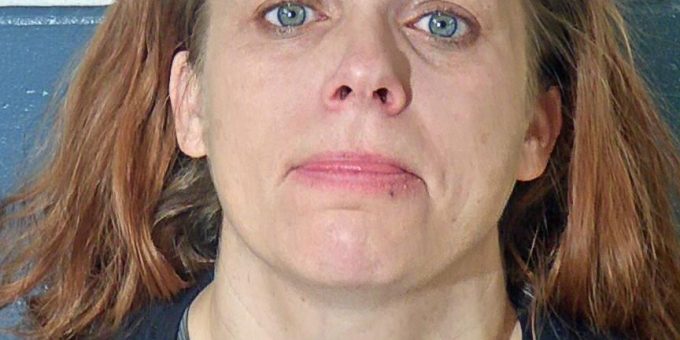 (BEDFORD) – A Mitchell woman was arrested early Monday morning after a Bedford Police officer stopped the vehicle she was riding in for a traffic violation.

While speaking with the driver the officer noticed the odor of marijuana coming from the vehicle.

Prior to searching the vehicle, officers asked for consent to search the driver and 41-year-old Jill Correll’s pockets.

Nothing was located on the driver.

“Police found Correll had a knife and when asked to empty her pockets a baggie of what later tested for methamphetamine fell to the ground,” said Chief Terry Moore. “Officers also located several syringes and a smoke pipe with marijuana on the passenger side of the vehicle where Correll was sitting.”