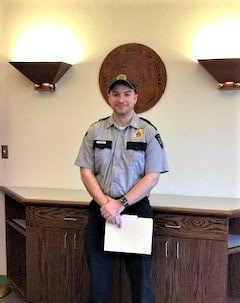 Izek began his career with RCF in June of 2018. He quickly acclimated to his new surroundings proving himself to be hardworking and a highly capable team member. These attributes helped make him a leader amongst his peers, someone another correctional officer could come to for knowledge-based assistance when needed.

Izek has been able to master the many facility posts to which he’s been assigned thereby enabling him to serve as a Facility Training Officer. In that role, he facilitates on-the-job training to newly assigned staff enabling them to unlock their own potential.

In his new role, Sergeant Morrison will be the first line of supervision for dozens of correctional officers and hundreds of offenders who will be looking to him for guidance and support.