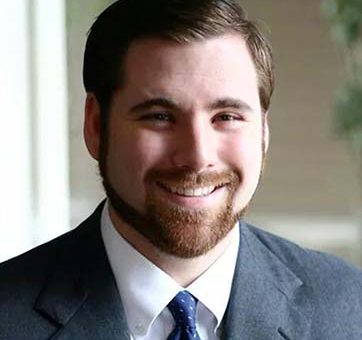 “I am running for Attorney General because Hoosiers deserve a tested and proven a prosecutor who will be tough on crime, support law enforcement, protect victims and defend our conservative core values in words and deeds,” said Harter. “As a committed grassroots conservative, I know that in these perilous times, the Attorney General has a crucial role as the tip of the spear – or the last line of defense against big government and the radical left.”

As prosecutor Harter developed a reputation as a tough and effective litigator, nearly doubling the office’s workload since 2014 while winning nearly 90 percent of jury trials and instituting new policies to protect vulnerable victims. A steadfast partner for local law enforcement, he has
provided resources to purchase critical needs like LIDAR, cameras and other improvements.

In announcing his campaign, Harter expressed a sense of urgency to protect the position.

“There is simply too much at stake to risk losing the position to a liberal Democrat who will be well-positioned to undermine the agenda of our friends in the legislature and in the executive branch,” Harter added. “We cannot let that happen.”

In order to earn the Republican nomination for Attorney General, Harter must be elected by a majority of the delegates to the Indiana Republican State Convention, scheduled for June 20, 2020, in Indianapolis, Indiana.

For more information about Nate Harter or to learn how to get involved in the campaign today, please visit www.HarterForIndiana.com.