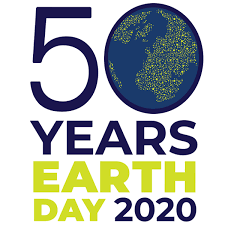 (BLOOMINGTON) – To commemorate the 50th anniversary of the first Earth Day on April 22, the City of Bloomington is participating in a 24-hour showcase of climate action from around the globe and encouraging residents to pursue and share their own environmental action.

A video salute featuring Mayor John Hamilton and City staff will be released Wednesday at the National Earth Day Network, the City’s Facebook page and its other social media platforms, where residents are encouraged to share their own Earth Day observance using the hashtags #EarthDay2020, #TogetherWeCan, and #GreatGlobalCleanup.

The City’s departments of Parks and Recreation and Economic and Sustainable Development organized the City’s participation as an alternative to the originally scheduled Earth Day Celebration at Switchyard Park, canceled in keeping with current public health guidelines.

A popular component of the City’s Earth Day-related programming, this year’s Eco-Heroes contest has also been canceled.  Showcasing the talent of school-age children, among others, the contest drew over 90 submissions in 2019, including paintings, sculptures, drawings, quilts, and essays.  In honor of the contest’s theme — “Mission: Lower Emissions” — the Bloomington Environmental Commission urges residents to celebrate Earth Day by doing their part to reduce emissions, whether using active transportation options, preparing a plant-based menu, or conducting a plastic audit of their household waste.  Residents may consult the City’s Sustainability Action Plan to learn about the administration’s environmental accomplishments, commitments, and goals.  More information about the City’s climate actions and opportunities for residents to share ideas and concerns is available here.  In addition, the City encourages residents to get involved in and support their local environmental organizations through the Bloomington Volunteer Network.

“Now more than ever, it is clear that we really are all in this together,” said Mayor John Hamilton.  “The actions we take to address this global health emergency must also support the sustainability of life on this planet.  This 50th anniversary of Earth Day, find out about the many ways you can contribute to that goal, and take some time to reconnect with nature (while keeping a safe six-foot distance) at one of Bloomington’s beautiful parks or trails.”

Originally conceived by the late Senator Gaylord Nelson as a national “teach-in for the environment,” the first Earth Day took place in 1970.   That year, 20 million Americans took to the streets in recognition of the dangers posed by negligible environmental regulation and climate change, sparking a movement that led to the creation of the Environmental Protection Agency, the Endangered Species Act, and many other laws to protect water, air, and wildlife. Senator Nelson was the featured speaker at Indiana University in Bloomington during the first observance of Earth Day. The Senator’s speech, recorded live on April 22, 1970 at Dunn Meadow on the IU campus, may be heard here.  In the fifty years since, Earth Day has become the largest secular celebration in the world, with over one billion people across the globe acting to make a positive environmental impact.