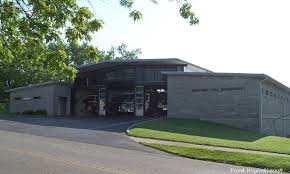 (BEDFORD) – A Bedford firefighter has been suspended without pay for a period of 60 days following his arrest for operating a vehicle while intoxicated.

According to a probable cause affidavit, 30-year-old Mark Andrew Roberts was arrested on February 23rd after he crashed his vehicle into another vehicle in a parking garage on Walnut Street in Bloomington. No one was injured during the incident.

Roberts joined the Bedford Fire Department in February of 2016.

The following are the actions taken by the Board of Works, Bedford Fire Department and Mayor Sam Craig after meeting in executive session on two occasions and speaking with Roberts.

Officials say Roberts understands that this is his last chance to conform his conduct to meet the standards and expectations of the Bedford Fire Department. He further understands that any future incident of misconduct or any violation of any of the terms and conditions imposed upon him during the two-year probationary period will be resulting in an immediate recommendation that will be dismissed from the Bedford Fire Department.

“He has manned up to this and apologized for his actions,” said Bedford Fire Chief John Hughes.

Roberts was on paid administrative leave until the actions taken by the Board of Works on Monday afternoon.