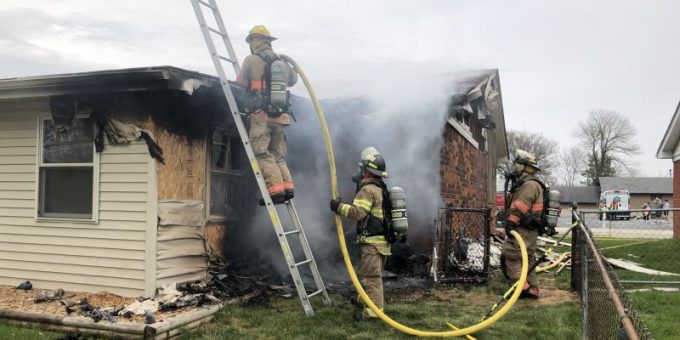 The homeowners reported seeing flames coming from the attic at about 11:48 a.m.

When firefighters arrived flames were exiting the rear of the house and had consumed a stack of firewood before climbing the exterior wall and entering the attic.

Firefighters knocked down the exterior flames first and then attacked the flames in the attic area.

Damages are estimated at $55,000. There was fire, smoke and water damage to the home.

The cause of the fire remains under investigation, but firefighters believed the fire started near the family’s outside trash container and the firewood.