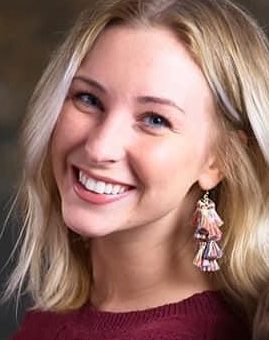 Arthur, a 2015 BNL graduate, played three seasons at Franklin College, then served as an assistant under Jordan Robbins last year. Robbins resigned in January for personal reasons after posting a 30-51 record in three seasons.

“I am really excited,” Arthur said. “It’s super special for me, being able to take my similar experiences, in the same gym and same locker room, and step into the coaching shoes rather than as a player.”

Arthur finished among the program’s top hitters (638 kills) and defenders (633 digs). She was sidelined as a senior at Franklin because of a back injury. That’s when she did some junior-high coaching and discovered her passion for teaching the game to future generations.

At 23 years old, she can still relate to the high school student-athletes.

“I learned a lot from Coach Robbins and Coach (Scott) Saunders (the former BNL coach when Arthur was a player),” she said. “What I learned was having a good relationship with the girls. They can talk to me about things off the court, and I can gain respect for them.

“It’s learning to be a mentor in addition to being a coach. Being young could be a downfall, but I’m energetic and everything is still fresh with me.”

BNL athletic director Jeff Callahan pointed to that aspect as a positive.

“She brings a wealth of knowledge of the game and a great deal of enthusiasm to the program,” he said.

Arthur’s biggest hurdle will be the current lockdown situation. Most coaches would be preparing for a busy month of workouts and summer practice sessions while looking ahead to the start of the 2020 season in August. She will now have to use virtual tools to assign workouts and keep in touch with the team.

“Yes, we should be in the gym right now,” Arthur said. “It is what it is, and we’ll make it work. We’ll be doing things on Zoom and keeping volleyball on the radar.”

Official practice sessions for the 2020 campaign were set to begin on Aug. 3. That date is now in limbo as the IHSAA awaits decisions from state government about the reopening of schools and the start of fall sports.