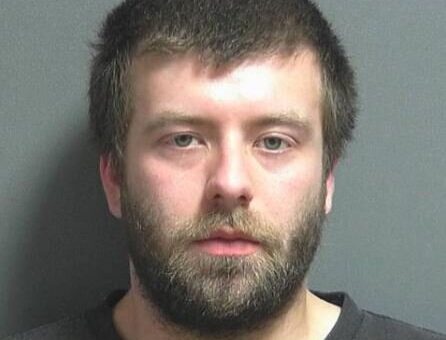 (LINTON) – A Linton man was arrested last week after being accused of having a sexual encounter with a female juvenile.

Police arrested 26-year-old Dorian Conklin on a charge of sexual misconduct with a minor, a Level 4 felony.

The criminal investigation began in May 2019, after the Greene County Sherrif’s Department received a report of the theft of gun from a cabin on South County Road 100 West.

During the investigation, detectives learned a party was held at the cabin on the Easter weekend of 2019. Multiple adults and juveniles attended the party.

During that party, an alleged sexual encounter took place between Conklin and the female. After the party, the female juvenile went to the hospital for treatment.

According to detectives, Conklin picked up the juvenile several times and they would drive to an abandoned farmhouse to have a sexual encounter.

Conklin denied knowing the girl was a minor.

Conklin posted a $1,500 bond and was released from jail. The judge ordered Conklin to have no contact with the victim. His next court appearance is a pretrial conference in Greene County Court Circuit Court on August 19th at 8:30 a.m.