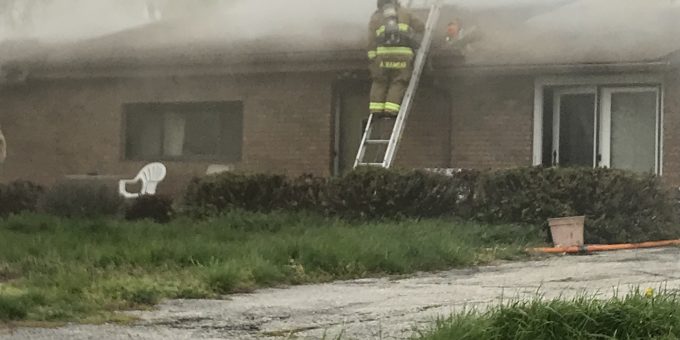 (BEDFORD) – Firefighters from Shawswick and Marion Township Fire Departments were able to quickly extinguish a fire at a home on Tunnelton Road on Thursday afternoon.

The call came into dispatchers reporting the residential fire at 12:20 p.m. Firefighters arrived to find white smoke billowing out of the roof of the home.

The home is owned by June Waldon who has lived at the residence since 1957. Waldon was found outside of the home as firefighters arrived on the scene.

When asked whether she needed anything she replied, “Let’s get this fire out. I lived here my whole life.”

The firefighters were able to get the fire out within 30 minutes of arriving on the scene.

The home suffered some smoke damage throughout, and the firefighters removed some insulation out of the attic area. Most of the damage was confined to an area of the attic, where the fire originated. Firefighters are still investigating what sparked the blaze.

An AMR ambulance was also dispatched to the scene, however, no injuries were reported.