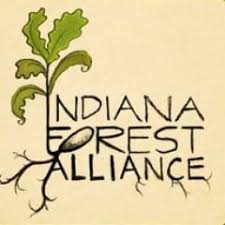 (JASPER) – A coalition of local businesses and community and environmental groups is calling for the state to suspend all planning for a proposed highway that would connect the Jasper area to Interstate 69, arguing that time and resources would be better spent helping Hoosiers deal with and recover from the medical and economic fallout from the COVID-19 pandemic.

The group strongly questions the need for the Mid-States Corridor highway, a proposed four-lane limited-access highway that would run north from Owensboro, Ky., through the Jasper area and connect with I-69.

The coalition particularly objects to proposed routes that would bulldoze through the Hoosier National Forest, Martin State Forest and the unique karst terrain in the Lost River watershed.

The coalition says continued work toward building the highway would multiply hardships for residents along the proposed routes who are already concerned about their own livelihoods and the future of their farms and businesses amid the pandemic.

“It behooves state government to focus its attention and resources on charting a sensible course to recovery, rather than exacerbating the social and economic effects of the pandemic,” the coalition says in a letter sent today to Joe McGuinness, commissioner of the Indiana Department of Transportation and Jason DuPont, project manager for the Mid-States project.

Rachel Minton, who owns a beauty salon and the Shakeburger drive-in restaurant, is concerned that new highway construction will bypass her town of Paoli and cause a significant loss of business.

“The restaurant is the kind of place that people just happen upon when they pass through town and that won’t happen if they reroute traffic away from here,” Minton said. “Then there’s the environmental damage that road construction could cause by disrupting the underground karst cave system and wreaking havoc on existing drainage patterns.”

The environmental damage of a new highway that would cut through the Hoosier National Forest and the Martin State Forest includes the loss of carbon-sequestering trees, the destruction of habitat for several endangered species, the loss of placid wilderness used for hiking and recreation and the disturbance of the state’s most expansive cave system and the underground Lost River. Some other routes would damage and fracture thousands of acres of family farms.

“This highway could cut through and demolish much of the most scenic forests and cave country Indiana has to offer,” said Jeff Stant, executive director of the Indiana Forest Alliance. “It would be an aggressive assault on nature with absolutely no compelling justification.”

“Many endangered animals occupy habitats along the Mid-States Highway routes, from insect-eating bats, meadow-loving owls and other birds, some of the rarest cave-dwelling invertebrates known, to the blind cavefish named after its native state,” added Tim Maloney, senior policy director and land use director for the Hoosier Environmental Council. “In particular, impacts to the cave and karst system of the Lost River and its endangered species cannot be mitigated – this area would be damaged forever by a new terrain highway.”

The groups also question the state’s justification for the highway, saying it contradicts the government’s previous positions. The coalition would like to see the state explore other ways to boost economic access in southern Indiana, including repairing existing local roads.

“Indiana Department of Transportation typically claims that when an area is growing, the state should build a highway. But here INDOT argues that because an area is declining, the state should build a highway,” said Kevin Brubaker, deputy director of the Environmental Policy & Law Center. “By this logic, Indiana should be building highways literally everywhere – a position that would quickly bankrupt the state and destroy the environment.”

“We would like to see the state consider non-highway alternatives, such as improved broadband access for the southern counties, rather than holding to the mindset that building new roads is the solution to every transportation problem,” said Bowden Quinn, director of the Sierra Club
Hoosier Chapter.

In February, potential routes for the Mid-States highway were narrowed to five, all starting at U.S. 231 and I-64 near Dale and heading north.

Two of the routes would veer northeast off U.S. 231 and pass through the Martin State Forest or the Hoosier National Forest, with one providing a more direct route to the casino and hotels in French Lick and West Baden. An earlier plan to create a direct connection between French Lick
and Mitchell was dropped due to its impact on the Lost River karst.

Two of the other routes would veer northwest toward Washington, cutting through thousands of acres of farmland and fracturing many family farms.
A fifth route would largely follow the existing path of US 231.

While the Mid-States Corridor Project Office is temporarily closed to the public to help stop the spread of coronavirus, plans still call for a preferred route to be selected by fall, with the Federal Highway Administration weighing in by the summer of 2021.

The coalition’s letter calls for suspension of all planning for the highway. Hoosiers can share their thoughts on the project with transportation officials by submitting comments here.