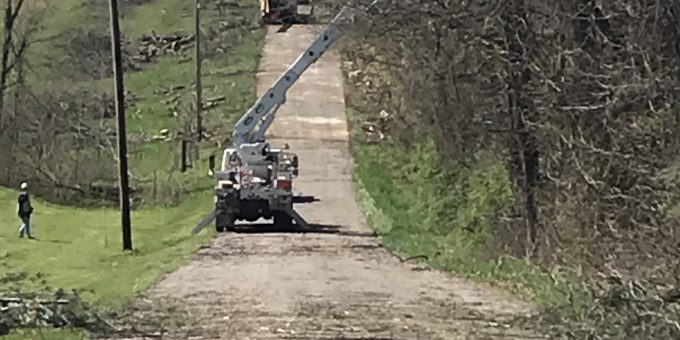 The storms entered the state around 7:30 p.m. with wind gusts up to 71 miles per hour, according to results posted at the Indianapolis Airport.

In Lawrence County, power outages were reported in the Fayetteville and Springville area. Power lines and trees were down throughout the area.

According to the National Weather Service in Indianapolis, roofs were badly damaged and a metal chimney at the Indian Creek Fire Department was also knocked down.

The stoplight at Avoca stopped working on State Road 37 for several hours because power was knocked out. Trees were reported down in areas like Greer Lane, south of State Road 54. Powerlines and trees were also reported down on Old Farm Road near Pierce Lane.

In Morgan County, the downtown area was hit hard with extensive damage to buildings. Numerous buildings had damage and some were completely destroyed. No reports yet on whether this was caused by straight-line winds or an actual tornado. A Tornado Warning was issued around 9 p.m. for that area.