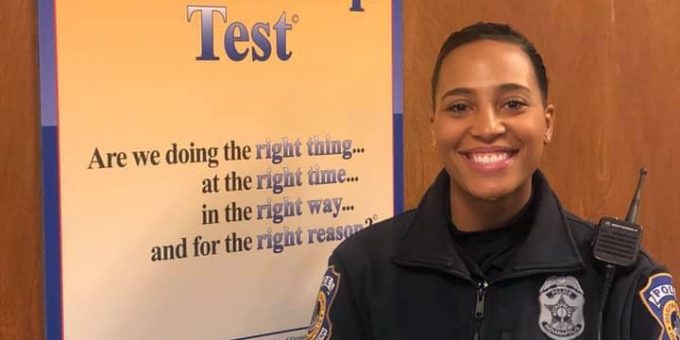 (INDIANAPOLIS) – An officer with the Indianapolis Metropolitan Police Department was killed while responding to a domestic disturbance call on the city’s east side Thursday afternoon.

One suspect is in custody, but their name has not been released. Police say this is an ongoing investigation.

Police were called to the Harrison Terrace apartments in the 1800 block of Edinburge Square, just southwest of 21st Street and North Franklin Road, around 2:50 p.m. for a domestic disturbance.

When officers arrived at the apartment, someone inside fired shots. An officer and a female inside the home were hit by gunfire.

They were both rushed to the hospital. Officer Breann Leath died at the hospital. The woman suffered a non-life threatening injury.

Officials say Leath was a mother, a veteran, and a dedicated officer.

“Officer Leath gave her life as she answered the call of duty. Janet and I are heartbroken for her family, friends and the Indianapolis Metropolitan Police Department,’ said Gov. Eric Holcomb. “I ask every Hoosier to join me in honoring Officer Leath’s courageous service and dedication to her community. She will be forever remembered for being the finest among us.”