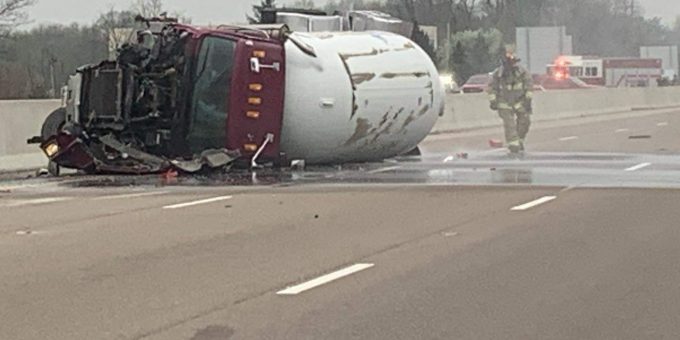 (BLOOMINGTON) – An overturned propane truck on I-69 near the Vernal Pike Overpass caused traffic to be snarled for several hours this morning.

The accident was reported around 8:35 a.m.

Traffic was closed from 3rd Street to Indiana State Road 46 and Vernal Pike while emergency crews dealt with a vapor cloud coming from the back of the vehicle.

The Hazardous Materials Team from Northern Monroe Fire Territory was dispatched to stop the propane leak, which they did successfully.

The propane truck was then carefully righted and a wrecker service was then able to remove it from the scene.

Indiana State Police has not released an accident report at this time. This story will be updated.