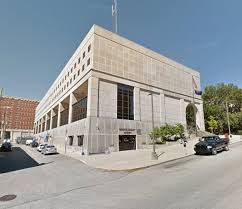 (BLOOMINGTON) – To prevent the spread of COVID-19 within the Monroe County Jail, officials have begun the process of releasing some nonviolent inmates.

Before an inmate is released, Monroe County Prosecutor Erika Oliphant and Monroe County Circuit Court Judge Mary Ellen Diekhoff review the inmates alleged crime, how much time the inmate has left in their sentence, and the inmate’s health.

Oliphant estimates the jail population has been reduced from 250-280 inmates to 160-180. The goal is to keep inmate numbers down as low as possible.

The jail is taking precautionary measures to keep inmates and staff safe. The jail is on lockdown and no one from the public is allowed to enter or visit inmates. Visitation is being done remotely.

The jail also has two isolation blocks where inmates who are not eligible for release or bond can be held before being introduced to the general population.

Every inmate is also issued a bar of soap for free to wash their hands as necessary.