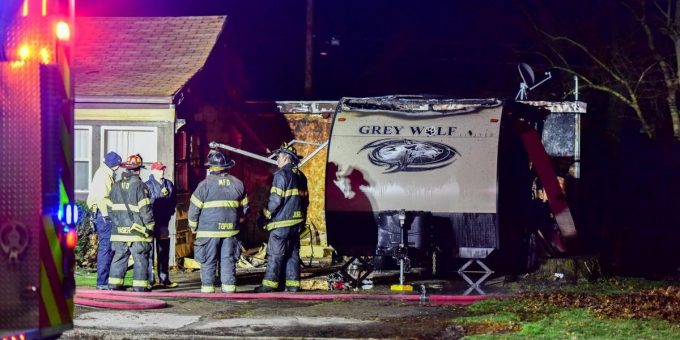 (MERRILLVILLE) — A northwestern Indiana man who died when a fire gutted a recreational vehicle was self-isolating inside the vehicle after recently traveling during the COVID-19 pandemic, officials said.

Jason Morris’ body was found inside the RV parked in his Merrillville home’s driveway after firefighters doused the fire, which gutted the vehicle Saturday night and also damaged his home when it spread to its eaves, The (Northwest Indiana) Times reported.

“What was reported to us is that he was keeping himself separate from family members because of recent travel,” Rice said Monday.

Merrillville Fire Chief Ed Yerga said no foul play is suspected in the fire. The blaze remains under investigation, but he said the preliminary cause appears to be a “failure of equipment.”

Morris’ cause and manner of death were pending further investigation, the Lake County coroner’s office said.